Five-year-old Sasha Laxton has enjoyed an early childhood divorced from the crippling expectation of how boys and girls ought to behave. 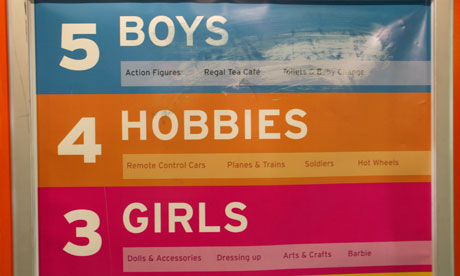 You could call it a bonfire of the vanities. Encourage Suri Cruise and Princess Tiaamii, daughter of Jordan, to bin the general contents of their make-up bags and, after setting alight to these unnecessary accoutrements to toddlerdom, allow each to stride (as opposed to hobble in high heels) into primary school as – well what exactly? As genderintended?

And what precisely might that mean for those children reared in households in which to be female demands the height of self-consciousness and several undercoats before the application of a final high-gloss varnish.

It’s a rum world when parents Beck Laxton and Kieran Cooper are regarded as crazy for adopting an approach to raising a child that is not, as Dr Daragh McDermott, a psychology lecturer, says “gender-neutral” but is stripped of stereotypes.

So, we are told, when Sasha, now aged five and looking remarkably normal, was born, he was called “the infant”, he slept in a yellow room and wore boy’s or girl’s clothes. Ms Laxton, a web designer, explained last week: “Stereotypes seem fundamentally stupid. Why would you want to slot people into boxes? Gender affects what children wear and what they can play with and that shapes the kind of person they become.”

Is that any more daft than taking five-year-old girls to suntan parlours and giving them birthday party makeovers? Kieran, the dad, says Sasha is aware he’s a boy but presumably after years of doing his own playtime thing he can opt for toy guns and cowboy hats as much as prams and ballet shoes. In theory, what the five-year-old has enjoyed is an early childhood divorced from the crippling expectation of how boys and girls ought to behave – and that’s a rare freedom.

Once upon a time, the toys we played with reflected the adult world which we would eventually join. “Good”, sweet caring girls stuck to prams and dolls’ houses while “real” rumbustious, daring, active boys were given cars, guns, boats and planes It’s a tribute to the sticking power of stereotypes that, as many more men are taking on child-rearing duties (hence, perhaps, the reason why the everyday pushchair looks like an aeronautics gadget) and more women are seen on the battle front, the kingdom of toys remains resolutely segregated on traditional lines.

Whether gender is hard-wired, in the genes, socially conditioned, learned behaviour or a mix of all this and something else besides, when the requirement to stick to the man-made stereotypical “norm” is all-powerful, misery almost always ensues. Certainly, if men are taught from an early age that Mars is where proper boys reside, then there’s no obvious reward in trying to tiptoe for a short stay on Venus, no matter how strong the urge. And vice versa. Yet, in everyday ordinary life, most of us know people who may not have had Sasha’s beginning but somehow have had the guts to forge their own identity.

Beck Laxton says her mother was sporty and thought Beck and her dad were “soppy” for crying over The Wizard of Oz. “It’s always seemed obvious to me,” she adds, “that stereotypes didn’t fit the people I know.”

It’s not the concept of rearing allegedly gender-neutral children that causes affront – it’s fear of those who have the courage (and liberty) not to conform.