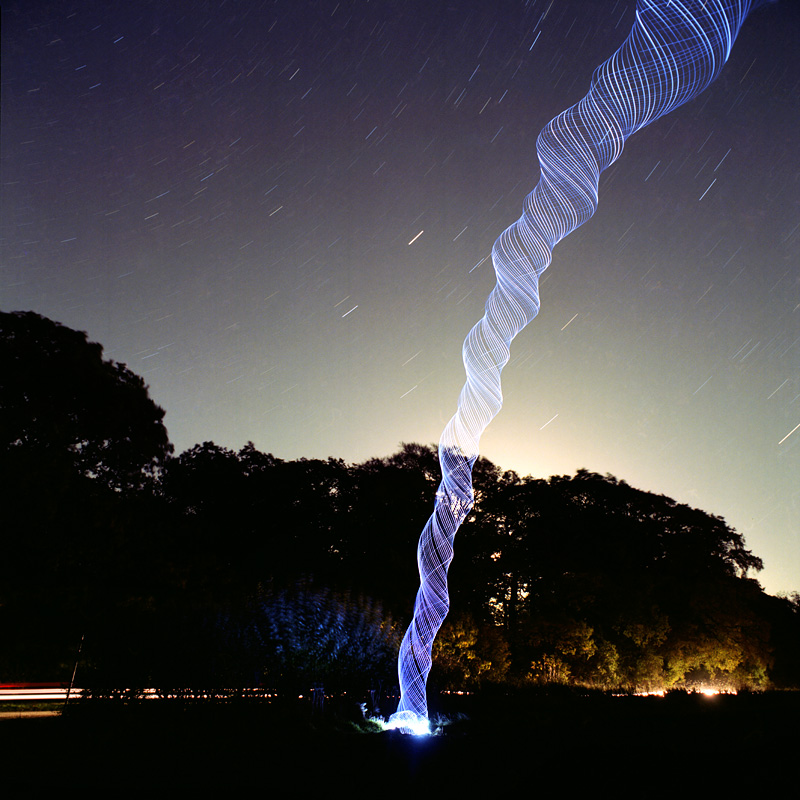 Martin Kimbell is a photographer from England who utilizes LEDs and long exposure techniques to create airborne light forms that seem like trails of otherworldy spacecraft. My initial assumption was that Kimbell used some form of small drone with attached lights, similar to Andreas Feininger’s work with helicopters back in 1949, but the photographs are instead made with hoops lined with LEDs that are hurled into the air. Kimbell was inspired early on by the work of Arizona-based photographer Stu Jenks who uses light and fire to create similar tornado-like images. You can see more of Kimbell’s work over on Flickr.